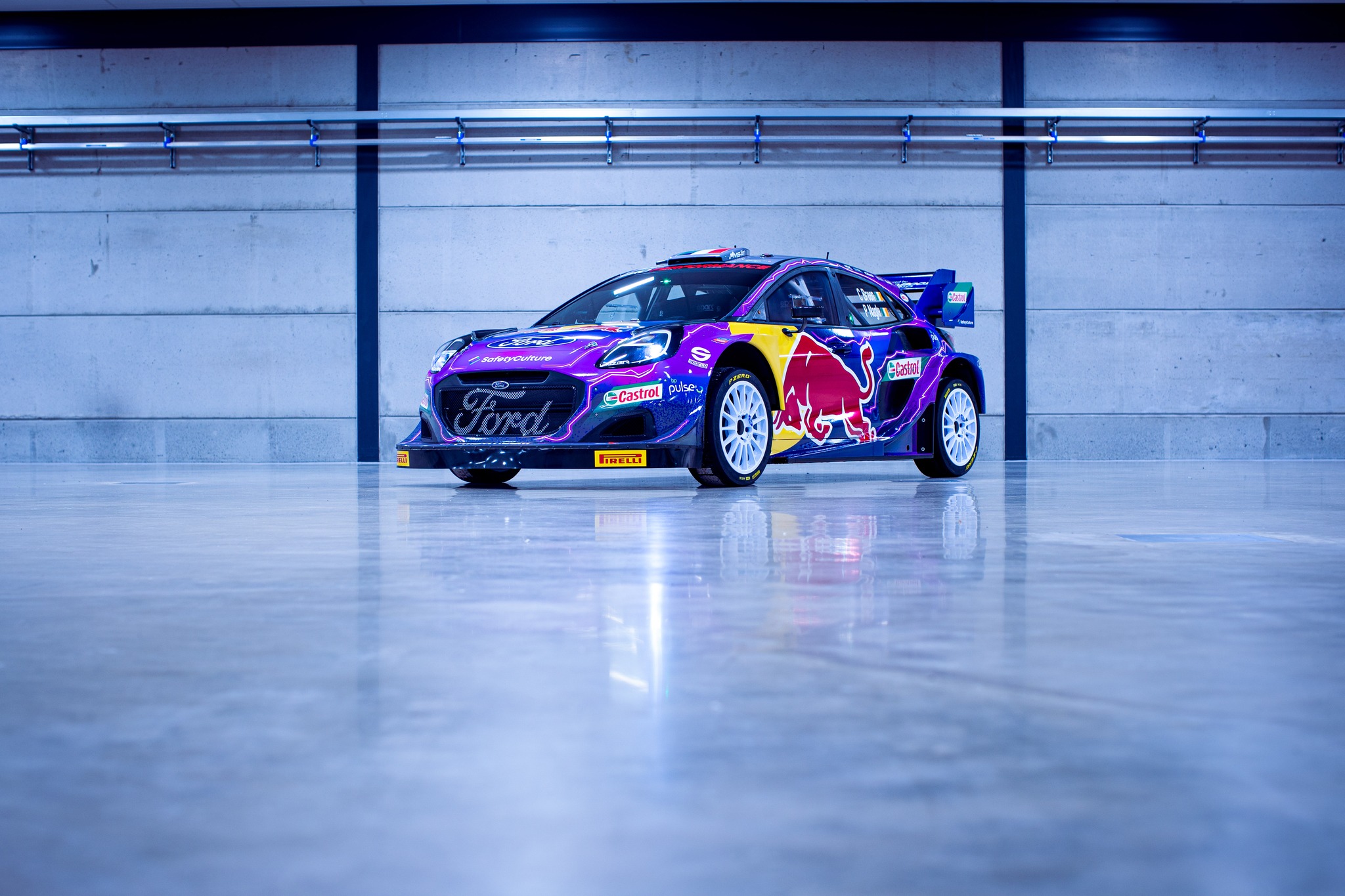 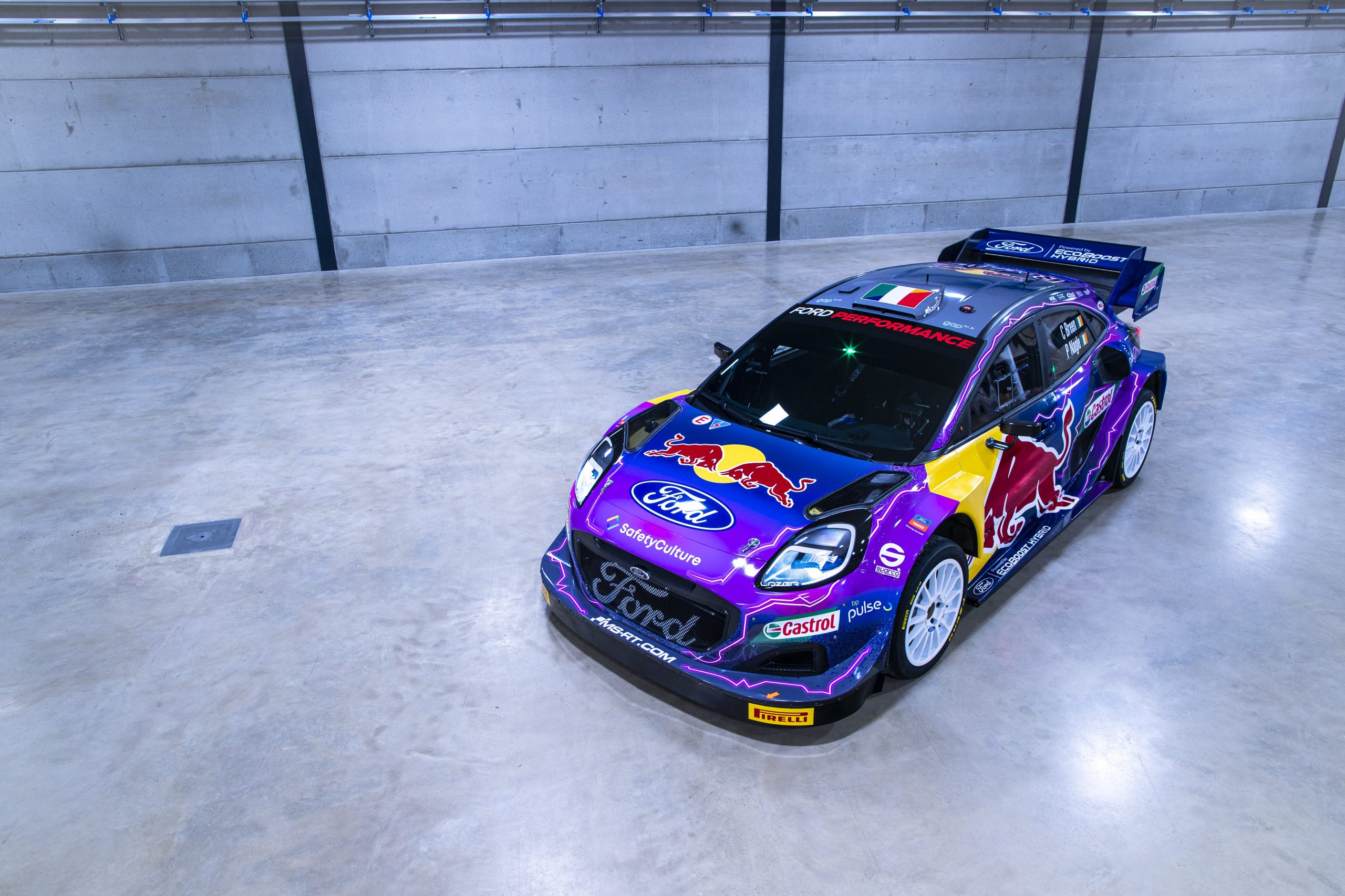 “One of the most captivating aspects of WRC down the years has been the clear link between the ultra-high performance rally cars and their road-going equivalents,” said Mark Rushbrook, global director, Ford Performance. “That’s why it’s so important that this new era of WRC
reflects our industry’s shift to electrification. At Ford, we’re fully committed to an electrified future, and campaigning the M-Sport Ford Puma Hybrid Rally1 car in the toughest conditions is going to help us develop even more exciting electrified powertrains for our customers.”
Powered using similar principles to the Puma EcoBoost Hybrid road car on which it is based, the new M‑Sport Ford Puma Hybrid Rally1 is Ford’s first electrified competition car. A nextgeneration hybrid powertrain captures energy during braking and coasting, and stores it in a
3.9 kWh battery. The energy is then used to supplement the championship-winning performance of the turbocharged 1.6-litre EcoBoost petrol engine with repeated boosts of up to three seconds from a 100 kW electric motor.
The car can also use its electrified powertrain to travel through towns, cities, service parks and chosen sections between stages using pure-electric power. The battery pack can be recharged using an external power source at the dedicated service points between stages, with a recharge taking approximately 25 minutes.
In addition, FIA WRC Rally1 competitors will use a fossil-free fuel from the 2022 season, blending synthetic and bio-degradable elements to produce a fuel that is 100 per cent sustainable.
“It has been a very busy time getting the cars and team ready for next weekend’s Monte Carlo Rally and the opening of the 2022 World Rally Championship season, but one that will be worth the effort,” said Richard Millener, M-Sport Team principal. “With the help and support of Ford colleagues all over the globe we have produced a fantastic car with huge potential and we cannot wait to showcase it during the year. A big thank you to everyone involved with getting to this stage and helping us meet such tight deadlines and we feel very proud to represent Ford on the world stage in our 25 th year of partnership!” 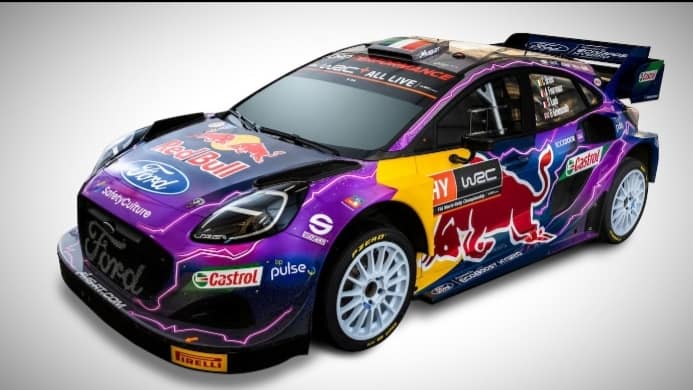