All BRC roads lead to the World Rally Championship

As the exciting 2017 title race heads to Ulster this weekend, the Prestone MSA British Rally Championship (BRC) has today (16 August) confirmed its 2018 calendar.

The series will feature six rounds in six territories, as the BRC tours the British Isles, with events in Scotland, England, Northern Ireland, Isle of Man and Wales. A trip to Belgium for the classic Ypres Rally will once again be a popular overseas addition, as the BRC underlines its standing as the world’s premier domestic rally championship.

One of the highlights of the 2018 campaign will be the championship finale, which will be held on the biggest stage possible – Dayinsure Wales Rally GB, the British round of the FIA World Rally Championship. The WRC event will offer BRC crews and their partners the chance to be at the heart of the country’s biggest rally. A double-header format on the legendary Welsh stages will allow competitors to vie for championship honours and also go toe-to-toe with the leading names in world rallying.

The calendar announcement completes a busy week of good news, with the confirmation that title sponsor Prestone has renewed its commitment to Britain’s premier rally series for another year. 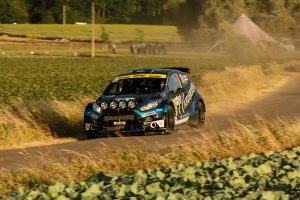 “Putting a calendar together is always a difficult process, particularly when there are more candidate events than we can accommodate. We have had to take some tricky decisions and as a result both the Nicky Grist Stages and the Scottish Rally have missed out this time around. We are really grateful for their commitment to the BRC in the past two years and, as classic events, we wish them every success in 2018.

“As the BRC becomes more popular and successful, we have to ensure that it delivers on other aspects as well as simply the stages and organisation; we need crowds and venues, a strong impact on the local area and the creation of spectacular events to ensure that the championship continues to grow.”

“The events that make up the British Rally Championship next year achieve many goals for us. They all offer superb competition on the best stages possible and all the events offer the best platform for the ambitious crews to develop the skills required to take them to the very top of the sport. The events all deliver an impact on a local, national and international level for Prestone and the other championship partners.

“There is more to come from us to show that BRC 2018 will be the place to be for our competitors – whether coming from a national or international background. For now we are delighted with our six events and are looking forward to the exciting conclusion to the 2017 season.”

Further initiatives regarding next season will be announced in due course, but in the meantime the 2017 championship continues this weekend with the classic John Mulholland Motors Ulster Rally on 18/19 August as the crews tackle two days through the fast, narrow roads around the city of Derry/Londonderry.

Keep tabs on all the latest BRC developments by visiting www.msabrc.com or following us on social media: MSA British Rally Championship on Facebook, @MSA_BRC on Twitter and @MSABRC on Instagram using #BRC